July 20th of this year marks the 20th anniversary of the death of Carlo Guiliani.

After the anti-globalization movement gained momentum with the first major protests in Seattle in 1999 and the protests in Gothenburg in the early summer of 2001, resulting in many more militant large-scale demonstrations with international participation, hundreds of thousands of people from all over the world gathered in Genoa. The demonstrations against the summit of the eight most powerful countries in the world resulted in numerous riots. The cops used all force available to them against demonstrators. There were hundreds of injuries, arrests and various searches. On July 20th 2001, the anti-globalization protests reached their tragic culmination for the moment when Carlo Giuliani was shot and run over by cops during a riot; the first death of this movement.

The protests in Genoa represented a pinnacle of state violence. Many will remember hundreds of body bags ordered in advance by then President, Berlusconi. The torture of the people arrested in the Diaz school was also burned into the collective memory.

However the counter-violence of the tens of thousands of protesters who stood up to the cops in the city, the images of fleeing cops, burning barricades and streets riddled with tear gas, are part of a history that continues to shape the movement of summit protests to this day.

Since then, there have been many more meetings of the powerful, and we, too, have used them as an opportunity to come together on the streets of the world and fight together.

Some remember the EU summit in Thessaloniki  (https://gipfelsoli.org/Home/Thessaloniki_2003/112.html) in 2003 and the G8 summit in Rostock-Heiligendamm in 2007 and the strength we took from those protests to our cities and provinces, squats, infoshops and groups both small and large.

After the state launched several major repression campaigns to thwart the protests in the run-up to the G8 summit in Heiligendamm, a large solidarity movement followed, which ultimately also hugely contributed to the mobilization for the protests.

The internationally mobilized demonstration in Rostock on July 2nd, 2007, ended in street battles around the port that lasted for hours. Also in the following days the cops had massive problems pacifying militant clashes.

At the same time, the protest camps provided space to establish international relations and friendships. All this was accompanied by informal reference in the various direct actions around the summit almost everywhere in Europe.

The fruits of the self-empowerment and experiences from those days furthered the ongoing and subsequent campaigns in many cities across Germany. The cops, still tangibly affected by the clashes, were rarely able to bring offensive spontaneous demonstrations, illegal concerts, squats and many other actions under control. From 2007 to 2011, a steady increase in self-confident and present actions was perceptible in many cities in Germany.

The Nato-Summit in Strasbourg and the Climate summit in Copenhagen in 2009 were once again meeting points of the radical movements in Europe that continued the common struggle against a worldwide enemy, looking beyond a local focus to a broader antinational encounter. In Berlin the experiences of those moments led to various attempts at struggle, such as the squatting days (https://squatmeet09.wordpress.com/2009/06/02/call-out-days-of-action-2009/), the sponti against SAP (https://directactionde.blogspot.com/2008/06/we-stay-all-action-days.html) and the demo in rememberance of Carlo Guiliani ten years after Genoa.

Such encounters are important for the movements, as they promote exchange, encourage discourse and allow people to get to know each other and discuss ideas.

It is through these protests that we can perceive our own strength and confront the rulers. Their response is repression. Even though this is expected, we must still understand it as a challenge to face and to deal with. They beat, arrest and murder. They search and evict our houses, monitor comrades, investigate the movements and stifle us with trials.

The G20 summit in Hamburg joins the list of such „meeting places“; of places of collective empowerment against and over the laws and rules of the capitalist state. In contrast to the tactics of repression in the run-up to the G8 summit in 2007, this time the state hardly attempted to polarize society in advance. Subsequently however, an almost unprecedented wave of police persecution rolled over various structures and individuals who, allegedly, participated in the protests in Hamburg.

Despite many analyses, texts, brochures, and also actions in the aftermath, the severity of shock caused by the investigations and the associated methods of the cops could not be overcome. The energy and solidarity that could be gained from the riots in Hamburg dissipated relatively quickly. To this day, and certainly for the next few years, many structures are struggling with trials and investigations.

The G20 summit in Biarritz a year later followed a comparatively low level of mobilization and set few precedents, partly because the authorities worked closely together in advance to prevent people from participating. There was little to counter the German governing establishment’s act of revenge in the removing of the movement‘s platform linksunten.indymedia.org from the net. Brief moments of defense and reference were created with a solidarity demonstration in Leipzig in January 2020 and an attack on the Federal Administrative Court in Leipzig with incendiary devices.

We believe that the memories of Carlo Guiliani should be cause for angry remembrance in Berlin as well.

At the same time, the moments of self-empowerment in the context of protests that have taken place can only be expanded and strengthened if we also continue to expand the references between the different occasions, repression and current fields of struggle.

As mentioned above, in 2011, on the 10th anniversary of Carlo’s assassination, an unregistered demo was organized that ended in clashes. (http://rachefuercarlo.blogsport.de/)

Our proposal is therefore a coordination of actions and events, embedded in content analysis, referring both to the repression of moments of movement (summit protests) and to the offensive moments that we have taken at these points.

The trials in relation to the summit in Genoa drag on until today, and the repression after the G20 summit in Hamburg will accompany us for years to come. However instead of accepting this as it is and reacting to the best of our abilities, we want to create moments of offensiveness rather than only defensiveness, meet on the streets even beyond large-scale events of the powerful, and stay together against the system and their murderers.

A common protest can only create a sustainable, offensive space if contexts and references are established. Collective moments are empowering when diffrent groups and structures come together.

We therefore want to open the space for everybody in order to discuss together how to remember and fight, in order to have a continuity of struggle, in which framework references between the death of Carlo Guiliani and the protests on the occasion of state meetings and repression can be created.

The campaigns initiated by the state with the help of cops, press and the like against organizations, structures and individuals must be answered, without always getting lost in the ongoing struggle of self-defense. To create own precedents and moments should be our goal.

They Tried to Bury Us, They Didn’t expect We Are Seeds

If you organized already a event or if you plan to organize one, you can contact us: neverforget [at] systemli.org 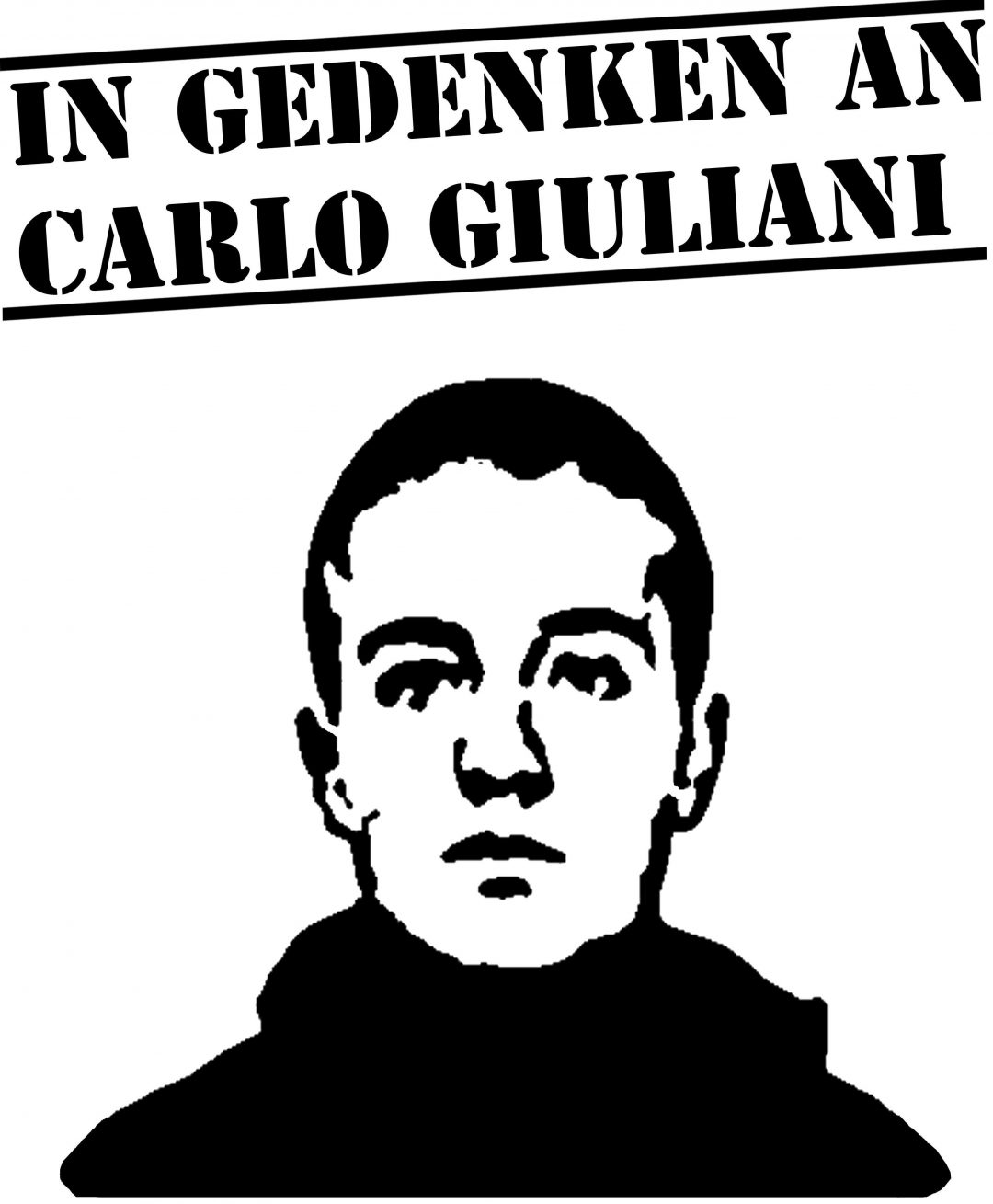